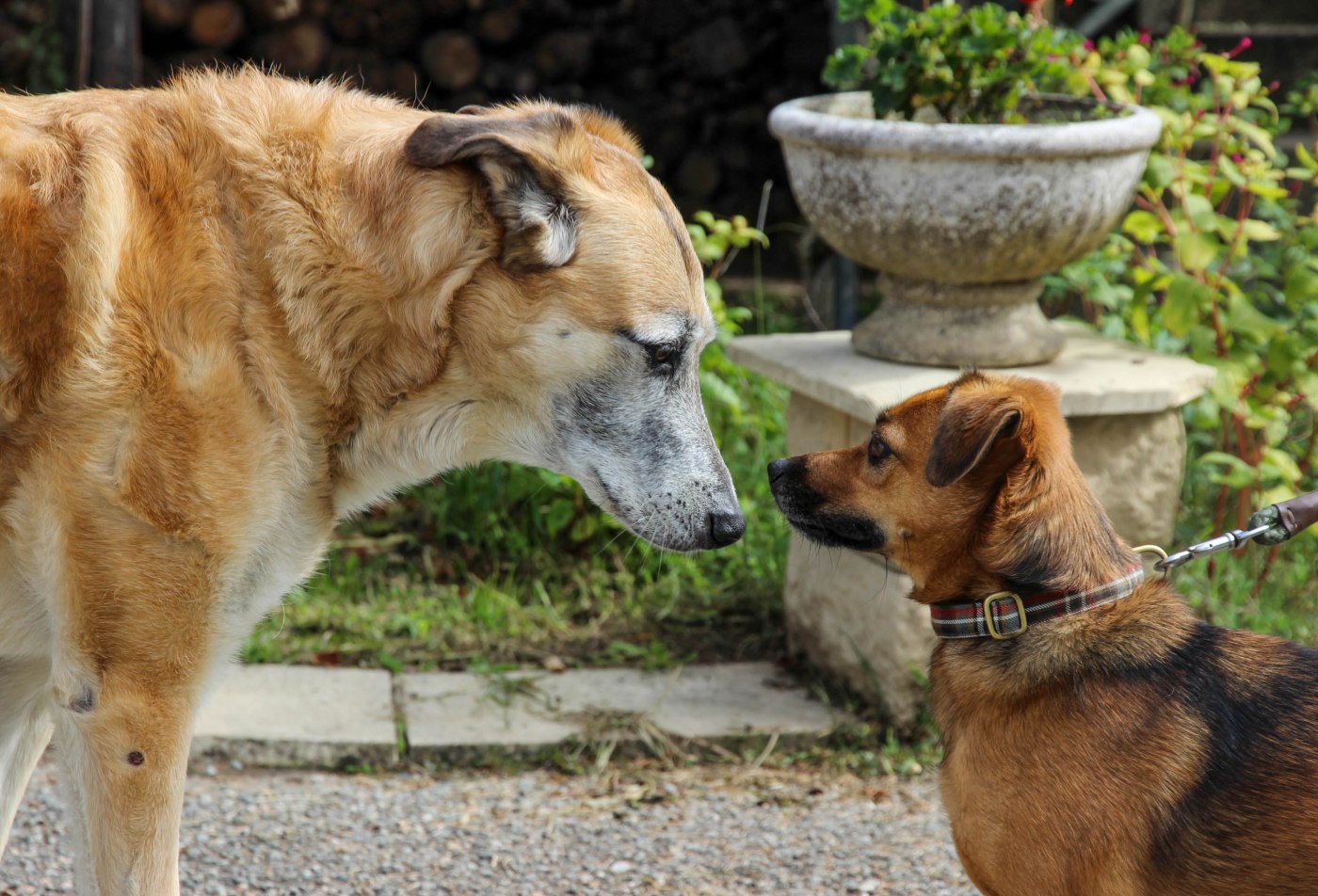 Life has changed for us in many ways, but for us this is only the first time we have found a permanent home in a different country. For our wee dog, Pepper, this is her second such experience. Born five years ago in Serbia, her first year was an awful one resulting in her being saved by Pozega Dogs, a wonderful organisation who rescue dogs from the streets and ‘kill shelters’ in the Balkan region. Pepper was rescued from the latter, before being taken care of and medically treated to ensure she was healthy and ready for adoption. She came to us via a foster home near Liverpool, and four years later she has made every day of our lives more special. We made a good choice. We can’t speak for Pepper about how she’s been enjoying her new life in Rochechouart, so she’s kindly agreed to tell us her thoughts. We never thought she was the brightest dog in the class, but it turns out she’s a very clever wee chienne…

So mum and dad have asked me to write a few words about what it’s like being a doggo in Rochechouart, and how my life has changed in the last year. I’ve asked for extra treats, scritches and tummy rubs and to not be interrupted over the next few days when I’m writing. I’ve got so much to say.

It was strange when we arrived. Where we lived before there were lots of hoomans, lots of cars and lots of other doggos. Lots of noise too. Here it was really quiet and there was hardly anyone around. Those that we did see spoke differently too, which was a bit weird. My bed was here but everything else was different. But I had mum and dad so I felt safe. I think we’ve come a long way from our old home because I was sat in the car for aaaaages until we arrived here, to a new house. I’ve travelled quite a lot before so that was okay; I was just hoping that I wasn’t being driven to a new mum and dad. A few days passed, and mum and dad were still mum and dad, and what was really great was we all went for walks together, every day. In our old place it was often just two of us, which was okay, but I like it better when we’re all together. The new house was very different to our old one. It had lots of stairs, which was fun, and the kitchen seemed to open out to the forest. I was so excited about going out for adventures.

I was told our new home was in Rochechouart, and that we were in France, which I’d heard of before because mum and dad talked about it lots. It was quiet, and there weren’t many other doggos, which was weird because there was lots of doogo poo everywhere. I don’t know why because mum and dad always pick mine up. I think they do that because they love me, maybe hoomans here don’t love their doggos as much. I felt lucky. We’ve been here nearly a year now and over the last six months the poo has mostly gone. I think mum and dad showed other doggo owners what to do. Most of the other doggos around here were big ones, and most of them were in their front garden. And they barked a lot. I’m not surprised because sometimes they were chained up. I felt sad because it reminded me of Serbia. There was a big doggo just a few doors down who barked a lot and had big sad eyes, and another big one who was horrible. The first two times I saw him he bit me. I think his name is The Bloody Husky because that’s what mum and dad say every time we see him.

Since last winter I’ve not been bitten and I’ve met lots more friendly doggos. Smaller ones appeared when the warmer weather came. I like smaller doggos better because some of the bigger ones frighten me, especially here because they bark so loudly and look angry. I do like some big doggos though, especially one who mum and dad call Le Bon Chien or The Big Floof. He’s friendly, gentle and we do lots of licks and sniffs whenever we meet. Dad took a nice picture of me and him together. We go on long walks into the forest every day, which is brilliant. We went on long walks in our old home but there we saw lots and lots of other doggos, and lots of hoomans too. I liked that because I like hoomans, especially when they give me food, or leave food lying around for me to eat. We can walk for hours here and hardly see anyone. But we do see lots of other animals, which is fun, but mum and dad don’t let me play with them. They’re in big fields with fences on the edge, some of them have wire with sharp jaggy things and mum and dad put me on my lead when we walk by them. They really don’t need to because I know the big animals can be dangerous. I wouldn’t go too near them. I’m not stupid. We do see lots of smaller animals too which I’m allowed to play with. They’re usually hiding in the grass and I try to catch them. Some of them taste chewy, some are quite crunchy.

Recently on our walks I have to watch out for lots of small round jaggy things on the floor. There’s loads of them and they fall from the tress. They stab my paws and I don’t like them. I think mum and dad do like them because they sometimes take small brown things out of the round spiky thing and put them in a bag. When we get home they put them in the big hot machine in the kitchen. Then they take them out and eat them.  When we first arrived I used to hear a funny horn sound in the distance, and lots of barking doggos. Sometimes I’d see the doggos all running together in a big pack barking loudly, as if they were chasing something or being chased. Mum and dad put me on the lead so I think they may have been running away from danger. I always feel safe with mum and dad. The best thing about being in our new home is mum and dad are here with me more often, and there’s lots of different places to have a lie down. For a long time now we’ve had the kitchen door open, the one that looks out to the forest. I like to lie outside in the sun, although sometimes it’s too hot so I lie in the shade. Then I lie in the sun. Then the shade. Then it’s tea time and I eat my tea really quickly because I prefer pudding. I love carrots, and mum and dad usually give me two. Mum and dad always smile when I eat my carrots, which is nice, and then I go for a lie down. We have nice people living next door too, although mum and dad have put things in the way to stop me from jumping on the roof to go and give them proper licks. I have to jump up at the wall now to say hello which I do every day.

So what is a normal day for me? I usually jump on mum and dad’s bed in the middle of the night because it’s nice and warm. I usually wake up at about eight and mum and dad wake up too. It’s normally mum who takes me for a poo, and picks it up because she loves me. Then I have my breakfast of crunchos and we sit around for a couple of hours. When the sun comes out I go outside and sit on my outdoor bed. I love lying in the sun. Then eventually we go for our walk. That’s the best part of the day. I get really excited and can’t stop myself from jumping up and down, which mum and dad don’t like. I try to sit but sometimes I’m too excited, and I also really need a wee. Then we go out into the forest to meet the other animals. I like the moos the best because they’re really gentle and they make nice smells. They’re not scary at all, even the ones with the horns, but mum and dad don’t let me go near them. There’s lots of grass and fields and trees but we usually have to stick to the paths because of all the jaggy fences. I don’t mind because there’s sniffs everywhere. We go home and I get a big chewy thing for being good. That’s when I usually say hello to the friendly neighbours before lying outside in the sun. Then the shade. We have a garden too, but for some reason mum and dad have covered it in cardboard. It used to have lots of long weeds in it that have now disappeared.

After a really nice snooze it’s tea time and carrots. Then mum and dad have their tea and I sit next to them on best behaviour because they sometimes give me some of theirs. I love bread and pizza crust the best. Then I go for another lie down. Sometimes when it’s warm I like to lie outside until it gets dark. I’d stay out longer but mum and dad tell me to come in, so then I go into the comfy room with them and lie on my bed. We all watch telly together until it gets really dark, then it’s usually dad who takes me out for a wee before proper night time. It’s very different here to our old home. I miss some of my old doggo and hooman friends and I wish there were more hoomans around, but it’s brilliant having mum and dad around so much and spending so much time together in the forest. Sometimes we go out on adventures in the car which I love, especially sitting on mums lap and pretending I’m driving the car. I hope one day I’ll see my old friends again. I think mum and dad must miss them too. Maybe one day.